In the republic of Niger, the second round of the presidential elections which took place on 21st of February 2021 is followed by protests and riots in the capital of Niamey and in other cities against the declared electoral victory of ruling party candidate Mohamed Bazoum. State authorities are trying to quell protests by repression against protesters and opposition members, including the arrest of more than 468 people and cutting the country off the internet.

The situation shows that in Niger, as well as in many other African countries, the ruling political class, even under formally democratic conditions, is far from corresponding to basic needs of the people, be it in terms of social and economic justice, security for the population and political freedom. 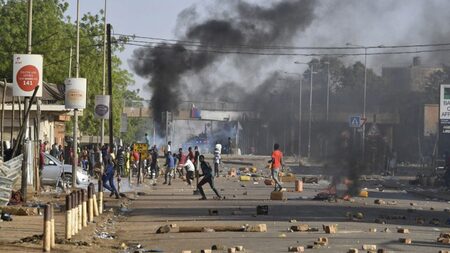 Report on post-electoral protests by a correspondent of Alarme Phone Sahara based in Niamey / Niger:

In Niger since the CENI (Independent National Electoral Commission) proclaimed the victory of the candidate of the PNDS, the ruling party with 55.75% against 44.25%, riots have begun in the city of Niamey and other parts of the country. While the candidate and the opposition militants rejected the results and claimed victory with a rate of 50.30%, the result of the compilation of PVs in their possession. Already these disturbances unfortunately cost the lives of two people and significant material damage. Vandalized gas stations, looted stores, burning vehicles and many others.

The Minister of the Interior announced yesterday Thursday the arrest of more than 468 people including political figures and others who are still and actively sought. 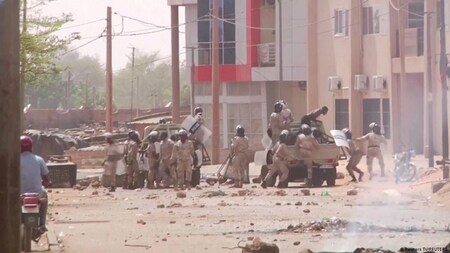 It should be noted that part of the population and the opposition had already shown their disagreement with the candidacy of Mr. Bazoum, who is accused of falsifying documents to enjoy Nigerien nationality allowing him to apply for the supreme magistracy of the state. And since the latter is declared the winner, sporadic disturbances have occurred here and there in the capital, demonstrators shouting "Say Tchangi" which literally means change because they say they are already tired of the management of the ruling party, and others who shout that Niger is not for sale, so they will never accept that a foreigner (Libyan) governs Niger. At the moment the damage is priceless, but important because the country has been cut off from the internet since Tuesday, which increases the tension. And a call for demonstration is launched for this Friday after the prayer, but arrangements have been put in place by the authorities to thwart. 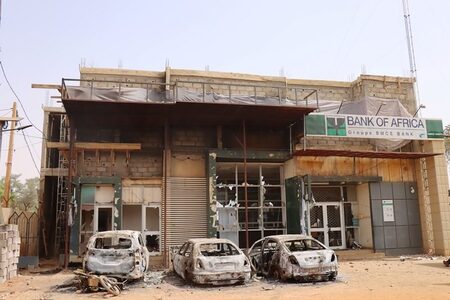 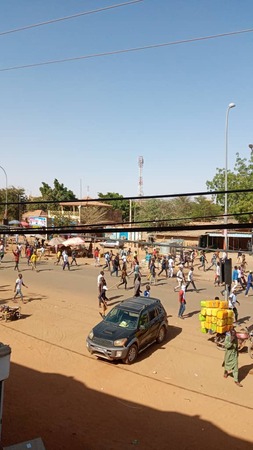 While waiting for the word of the constitutional court, the opponent Mamane Ousmane, from his fiefdom in Zinder, declares that he will use all legal means to appropriate his victory.