Since September 2020, thousands of refugees and migrants have been arrested and deported from Algeria to Niger under unlawful and inhuman conditions. 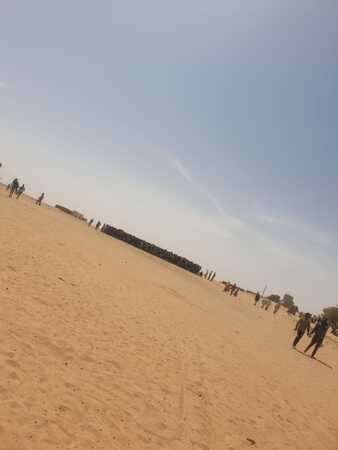 People arriving in Assamaka on 8th of October 2020

after being deported from Algeria

As the Alarme Phone Sahara whistelblowers observed, another unofficial deportation convoy arrived at Assamaka on the border between Algeria and Niger on the 8th of October 2020. They reported that altogether 678 persons from many different African countries - most of them men, but also four women and three boys of minor age - have been deported on this convoy. The biggest nationality groups among the victims of this deportations were 236 people from Mali and 203 people from Guinea Conakry, but there were also people from Ivory Coast, Ghana, Benin, Cameroon, Senegal, Burkina Faso, Sierra Leone, Central Africa, The Gambia, Liberia, Mauritania, Nigeria, Congo, Guinea Bissau, Sudan and Niger.

During these "unofficial convoys", people are usually left in the desert in the border area 15 or 20 kilometres from Assamaka by the Algerian security forces, putting their lives at risk in case they get lost in the desert.

This large scale persecution and deportation of citizens of sub-Saharan African countries seems to be a direct result of the "migration reform" and the creation of an interministerial commission to fight "irregular migration", that was announced by the Algerian interior Minister Kamel Beldjoud in a parliamentary plenary session on 30th of September.

Although Algeria doesn't have any official migration agreement with the EU countries so far, it is very likely that its ruthless deportation policy will serve the Algerian state in upcoming negotiations with European states about credits and economic cooperations in the face of the deep economic crisis.

It is an important step that the renowned human rights organization Human Rights Watch (HRW) now also condemns the Algerian state's violations of the rights of refugees and migrants:

Read here an article on Aljazeera based on the HRW report 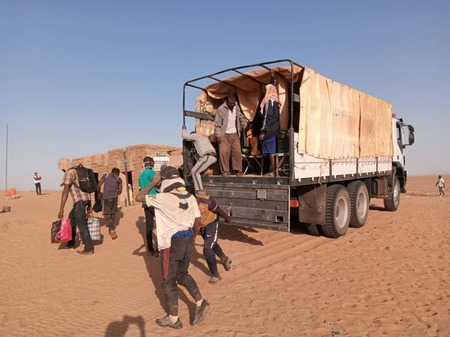 Migrants of several nationalities, part of a group of 270 people,