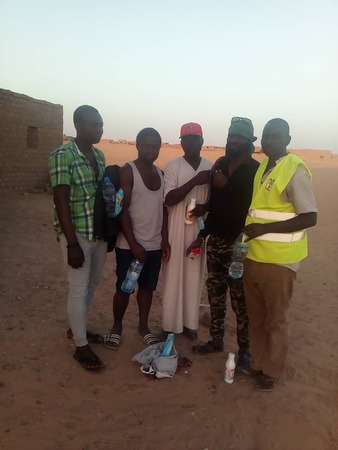 People who were refouled from Algeria 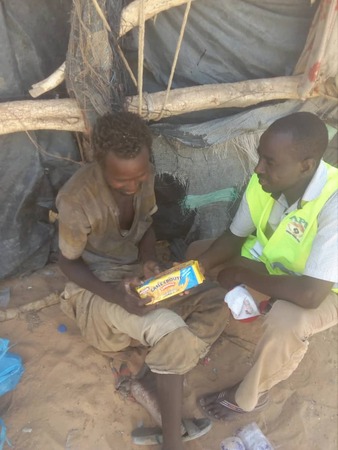 1st of May 2019: According to survivors' testimonies, a number of 600 people of multiple nationalities, including women and children, were abandoned at the Algerian-Niger border. Witnesses report that Algerian police abandoned them in the desert under violence and threats, without water to drink or food and not knowing which direction to take to reach the town of Assamakka in Niger. They braved all the risks to cross the sand dunes. Some arrived thirsty and exhausted. According to the Assamakka whistle blower, the people who had been refouled could hardly pronounce a few words. People who had been lost in the desert were rescued thanks to a research team deployed by Niger's defence and security forces and international organizations on the ground.

5th of May 2019: According to the Assamaka whistleblower, 210 migrants arrived after being refouled, all of them from nationalities other than Niger republic. Among them was a mentally ill man in difficult condition.

7th of May 2019: According to the Assamaka whistleblower, 200 people arrived who were being refouled from Algeria to Niger. Among them also a mentally ill person in difficult condition.

10 May 2019: According to the Assamaka whistleblower, a group of 306 people who had been refouled arrived around 12 at noon (local time). Among them there are 6 people from Bangladesh, 5 women and 3 children.

According to the APS whistleblower in Assamakka, a presence of at least 5 mentally ill people in difficult conditions among the displaced people in Assamakka was noticed until 7th of May 2019. These people suffer mentally from the shock and trauma they suffered during their journey and refoulement.

According to the head of the military detachment in Assamakka, because of the particular situation in this border area, there is a serious risk to the safety of mentally ill people in Assamakka of being shot by soldiers, police or gendarmes if they wander around at night and do not respond after three summonses from the defence and security forces.

It is an urgent challenge for the State of Niger, IOM or international organizations on the ground, such as Doctors Without Borders or Médecins du Monde, to take steps to assist refouled persons who are traumatized and mentally ill to leave Assamakka for a place where their lives are safe and they can be accommodated and cared for.

According to the APS whistleblower in Assamakka, there are currently many refouled people of multiple nationalities living in total destitution in Assamaka. Some even walk without shoes. Some are waiting to be approached by their families. According to the APS whistleblower in Ingall, a town in the Agadez region on one of the routes leading to Assamakka, there are women from the Zinder region in southern Niger waiting for their relatives who were refouled from Algeria.

With very limited resources available, the APS whistleblower in Assamakka offers small-scale assistance, such as the distribution of water and biscuits to people who have been refouled in poor conditions. According to reports, this commitment also encourages the humanitarian solidarity of the local population.

To meet the multiple needs and save human lives in the face of permanent refoulement from Algeria to Niger, international solidarity is nevertheless urgently required.

According to the APS coordinator in Agadez, people who have been refouled and victims of human rights violations are sending the message: "If we are prevented from going to the places of our dream in the name of the right to free movement, then help us to go home!"

In this sense, Alarme Phone Sahara requests, from the State of Niger, IOM and international organizations on the spot, prompt assistance to people who are refouled every week from Algeria to Niger.

Alarme Phone Sahara calls on the Algerian state to immediately stop the mass raids and arrests of migrants and refugees, the refoulements from Algeria to Niger and all kinds of human rights violations connected with these refoulements.

Alarme Phone Sahara denounces the policy of externalising borders and migration control by European Union countries which encourages the Algerian state to refoul large numbers of migrants and refugees and systematically violate their human rights.

No to refoulements, no to the closing of borders, respect for human rights and freedom of movement!

Posted on May 14 | Tagged algeria, algérie, refoulement, pushback, and Niger | visited: 8171
Posts
Latest news Analyses & statements Activities of APS
Latest posts
2022-10-21 October 2022: Deportations from Algeria to Niger continue - assistance to deportees by Alarme Phone Sahara's tricycle (Activity, News) 2022-09-19 More mass deportations from Algeria to Niger in August and September 2022 (News) 2022-09-19 "It's too hard, we want to go back": Senegalese in Niger denounce the difficult wait for their repatriation (News, Statements) 2022-09-22 Niger: Senegalese migrants take to the streets to march from Agadez to Niamey and demand their return to Senegal (News) 2022-08-28 Niger: Protests of migrants in IOM camps in Agadez and Arlit (News) 2022-08-27 IOM in Niger: Criticism of serious shortcomings in the care of people stranded in Niger (Statements, News) 2022-08-23 Solidarity video for Sierra Leonean refugee protest camp in Munich (Statements, Activity)