On 13th of November 2019, Sudanese refugees in Niamey started a sit-in in front of UNHCR headquarters. They have refugee status in other countries such as Egypt, but their procedures have not progressed for 2 years. They are asking for a solution such as resettlement in a safe third country. If this is not possible, they demand to be brought back to the Libyan border. Since their last protest more than 6 months earlier, there was no solution and no progress in their situation.

"Protest is the only way I can express my suffering", said one of them.

It should be noted that the police wanted to remove them, but their number was too large. 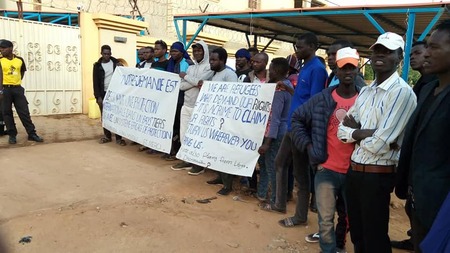 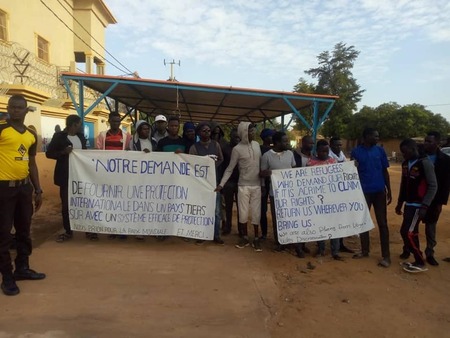 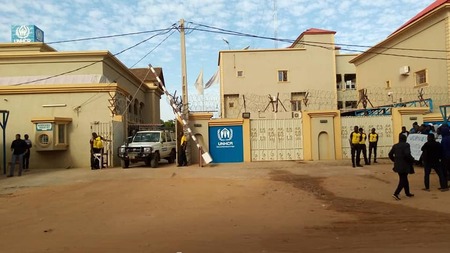 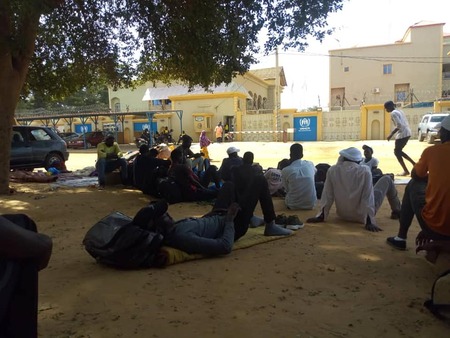 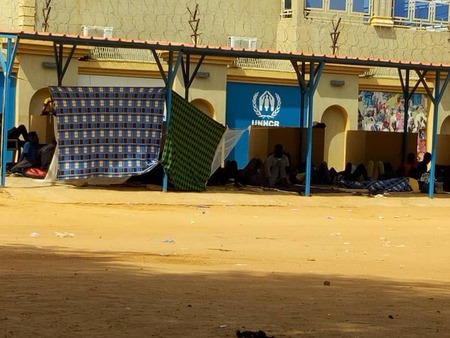 The sit-in of Sudanese refugees in Niamey in front of the UNHCR on 13th of November 2019 is part of successive refugee protests in Niger since early 2019:

-18th of July 2019: March by Sudanese minors into the desert, leaving their refugee camp in Agadez

-20th of June 2019: Refugee demonstration at the celebration of UNHCR's "World Refugee Day" at Hamdalaye camp

-7th of March 2019: demonstration by Somali, Ethiopian and Eritrean refugees in Niamey, dispersed by police with tear gas

All these protests are a response by the people concerned to a situation where more and more refugees who have fled war and persecution in their countries, such as Sudan, and who have often survived Libya, are stuck in Niger. Most of them are deprived of resettlement in a safe third country. In Niger, their legal proceedings at the level of UNHCR and local authorities are not progressing and their living conditions are very precarious in a country that is itself one of the poorest in the world.

This situation occurs in a context where European states are seeking to outsource the processing of cases of refugees, who have fled wars and persecution in countries like in East Africa, to countries far from the borders of Europe. The state of Niger is currently serving as a model for the outsourcing of the asylum system towards outside Europe, receiving considerable amounts of money from EU member states.

In solidarity with the refugees protesting in Niger, Alarme Phone Sahara calls on UNHCR, local authorities and also European countries to respond to their demands for a solution, such as resettlement in a safe third country.